A Culture of Transgression 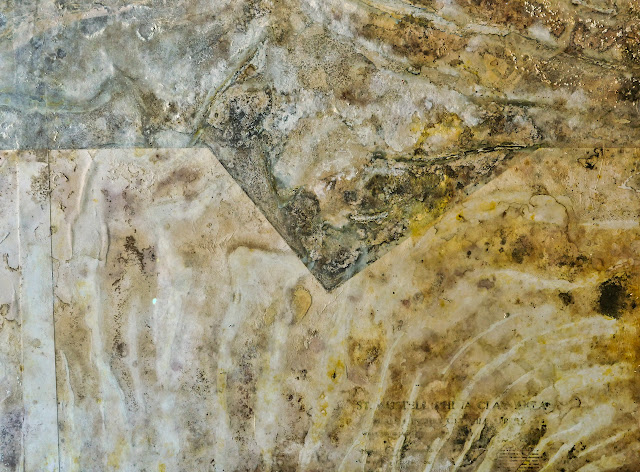 The images (above and below) presents a collection of extracted details from a single old discarded ‘mosaic’ of aerial photographs of the China Clay mining area in Cornwall (UK). Whilst artist-in-residence at Wheal Martyn Museum in 2018, I discovered a large (6ft x 4 ft) glass-framed assemblage - technically termed an ‘uncontrolled mosaic’ - dating from about fifty years ago.


This tantalising object had lain abandoned in an old store-room for many years, and was found in a damp and mouldy condition. Much of the photographic surface area was still identifiable as aerial coverage of the local mining landscape, but large zones were affected by mould - a living, growing assemblage slowly taking over this functional attempt to define an industrial extractive terrain.

For the local communities of this landscape, the issue of access is a major one. Vast areas of worked-out clay pits and spoil tips (and in-between spaces) are now owned by a single multi-national company (Imerys) and are all fenced-in and out of bounds. But access (or trespass) into these spaces is nevertheless very common. Partly, this is a legacy of former times, under different owners, when community use was not prevented. Most of the fencing and the accompanying ‘keep out’ warning signage seen today is relatively new. The lure of unmonitored ‘wild space’ is also attractive to the young people of these communities. While artist-resident, I too transgressed and trespassed into the exclusion areas - roaming, photographing, filming and meeting/conversing with other interlopers. Only once was I challenged and (politely but firmly) instructed to leave the zone of the fenced area. On a couple of occasions, I needed to hastily take cover or retreat, to avoid a potentially antagonistic encounter.

Seen through a (blurry) lens of ‘the shared commons’, the situation in question is just one of a multitude of examples of ‘the commonwealth’ (and ecosystems) being appropriated, enclosed, exploited, erased. A more poetic viewpoint enters the frame in relation to the visual appearance of the expanding multi-textural and multi-coloured moulds which are slowly obliterating the map-like photographic layer of fields, roads and quarry-pits. This is an uncanny echo of the manner in which the unstoppable tide of expansion and enlargement of the clay-pits wiped out much of the pre-existing farmland, woodlands and even some villages.

There are echoes too of previous ‘wipe-outs’ and other forms of restriction on roaming behaviours. The expansion of Neolithic and Bronze-age farming in this region would have severely affected the freedom (and numbers) of forest-dwelling animals. Glancing further back into deep-time, the creeping mould can also conjure up not just the primordial ooze but the successive encroaching (transgressing) seas that visited this land-mass over geological and ice-age timeframes. This is a reverberating echo of the past, but also a portent of the future. No fences or boundaries remain in place forever. Nor of course does any ownership. Nor the photographic images created by us humans!

An eco-symbolic echo of rewilding? The action of the slimemould seems symbolic of something hopeful, and in some way holds an essence of freedom (if not a right) to roam. The concept of the enlivening inspiration of decay wasn’t fully shared by my hosts at the museum. Also not shared - this time by conservationists - were some of my provocations (or thought experiments) around acceptance of another slowly creeping transgression operating in this landscape - in the form of the ever-expanding rhododendron forests. But that's another (complex) story… 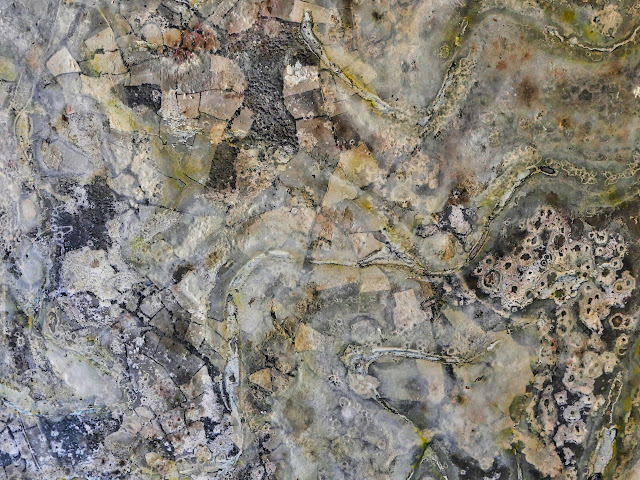 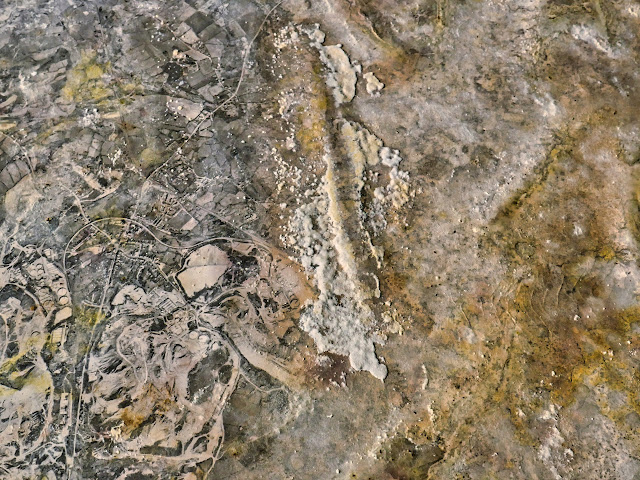 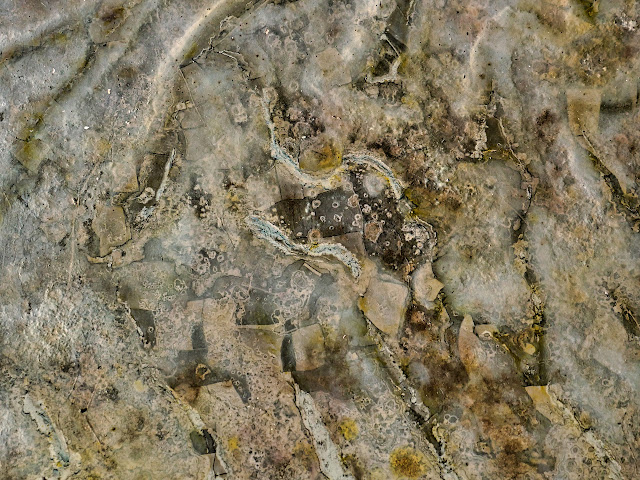