To mark World Water Day 2017, I'm assembling a few words and images to offer glimpses into a current watery research project that I'm involved with, as part of the NOVA Creative Lab. The project is called Towards Hydrocitizenship, and this blog post looks in particular at one of the site-based case studies - Water City Bristol. The overarching theme for the Bristol study is hidden/forgotten waters.

This theme has been very much the focus of discussions, events and involvements over the past three years, and has its roots in an emergent, organic strategy-making process, undertaken by a group of academics and creative practitioners throughout 2015. Some images representing this process are here: 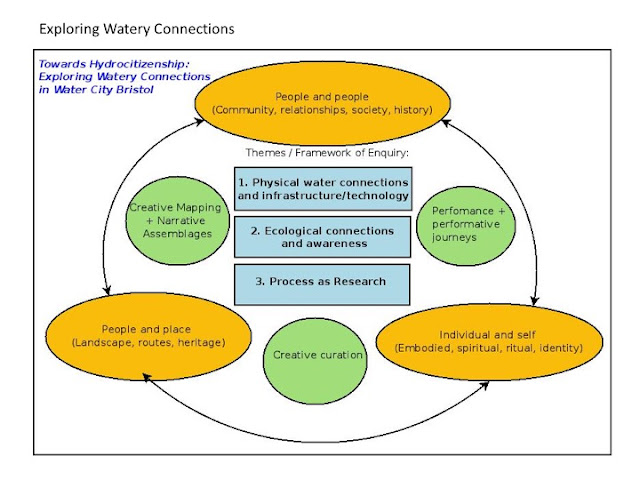 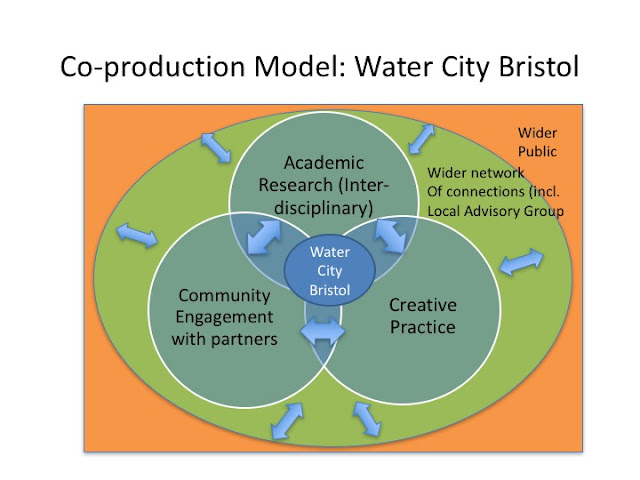 Water City Bristol is a multi-university research project exploring diverse relationships between people and water in Bristol. The project embraces a wide range of practice-led creative approaches and activations to attempt to delve into the sometimes hidden or overlooked intimate watery connections between the citizens of the city, institutions, infrastructure, the ecological realms and our sense of place and belonging.

Four central themes emerged as the anchoring topics for the project. There are: hidden rivers; hidden ecologies; hidden water infrastructure; and hidden tidal connections. As well as the binding theme of 'the hidden', some aspects of the research that became embedded in the project include: the crucial role of creative weaving; artivism, co-production; power relationships; conflict; (productive?) tensions; collaboration; partnerships. 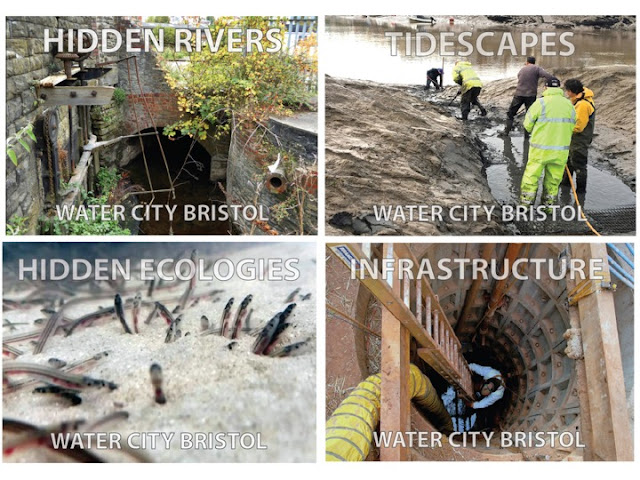 The theme of 'the hidden' has included not just the invisible or covered-over (waters), but also the unexplored and ignored. The activities over the three years encompassed interactions with both human and non-human ecologies and communities. Eels - as a signature species from the hidden realms - have featured prominently, including being present at one of the project workshops. Classes in a local school participated in role-play learning, and contributed voices and drawings to an animation film made by one of the project's commissioned creatives, Lucy Izzard. Our main project partners on this theme have been the Sustainable Eel Group and Bristol Water. 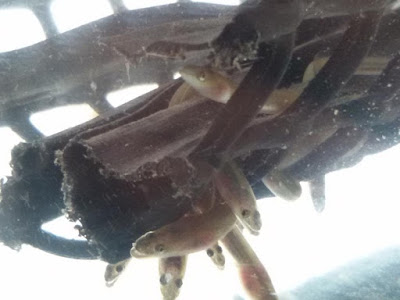 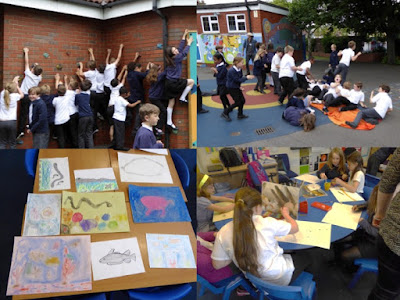 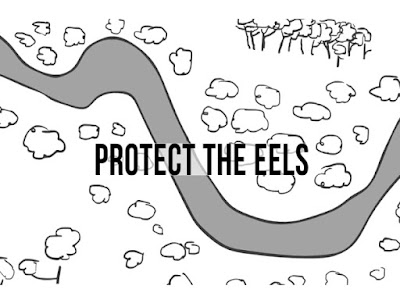 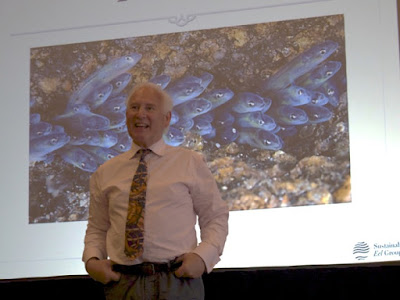 Other creative involvements have been facilitated by Luci Gorell-Barnes, using creative community mapping methods. A link to this on-going work is here. These activities have been part of the 'daylighting' hidden rivers theme, and have taken place largely in the Bedminster and Southville areas of the city, south of the tidal Avon New Cut. 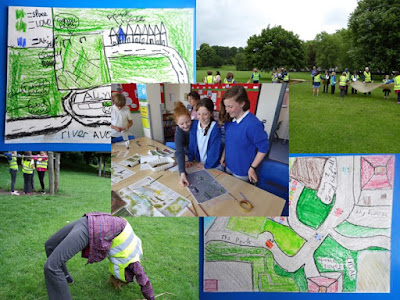 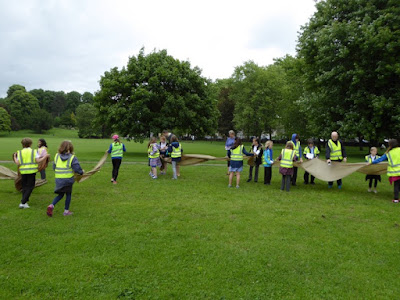 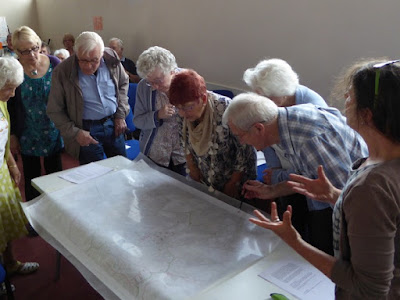 (Hidden) tidal dynamics and relationships are another theme of interest in the project, and two main community partners have been involved with the group and commissioned creatives Letterpress Collective. The partners are Friends of the Avon New Cut (FrANC) and some local groups at Shirehampton, downstream on the tidal River Avon. A new tidal festival has been initiated at the Shirehampton/Lamplighter's jetty. Events and explorations have also been sited at Severn Beach, at the end of the trainline from Bristol to the estuary coast. In the first year of the project, Water City Bristol joined forces with an education-based charity (My Future-My Choice) to dream up a new activist movement by the name of 'Bristol Loves Tides'. A body of films and street-performance works will be augmented over time by other creative interventions, thereby forming an enduring legacy of the participatory research. 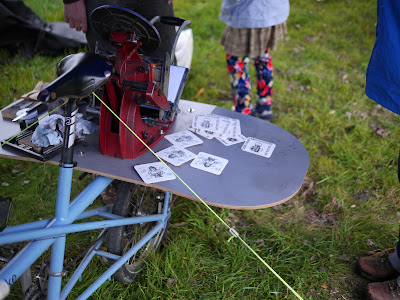 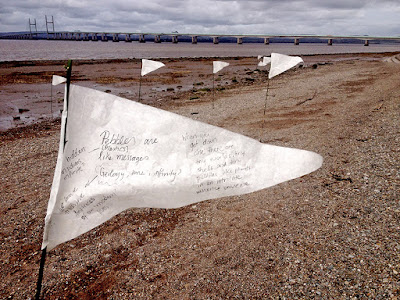 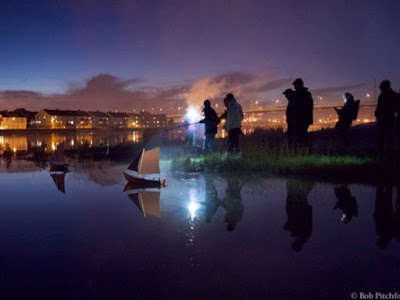 For the 'hidden water infrastructure' theme, I am also producing some cinematic meditations derived from experiences of the people and atmospheric spaces encountered while exploring these underground conduits, along with researcher Michael Buser. 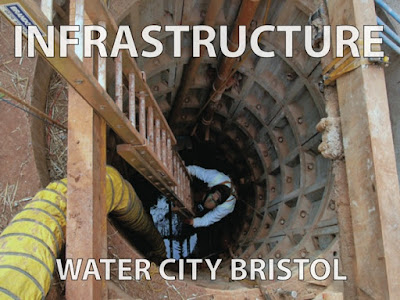 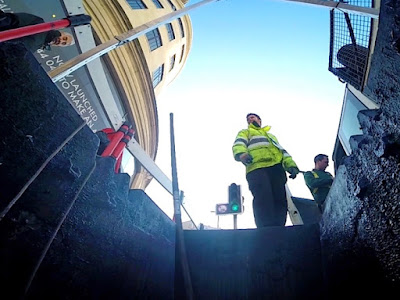 In a recent presentation, one of the project's researchers - Katherine Jones (based at University of the West of England) identified some examples of gaps in the scope and reach of the research. e.g.

Connecting with the universal/global?
Solidarity/commonality; moving beyond the parochial
Local diversity; connecting with people beyond some already receptive demographics?
Interconnectedness of diverse water issues and 'water-citizens'?
The status quo; challenging the politics of power and authority?
Spiritual/religious and embodied relationships with water?

Some of these aspects are now being addressed via a collaborative mini-project co-devised by Maggie Roe and me. This initiative - 'Eddies, Wakes, Gyres and Undercurrents - A bricolage' will be the subject of a follow-on blog post.

“We---all of us on Terra---live in disturbing times, mixed-up times, troubling and turbid times. The task is to become capable, with each other in all of our bumptious kinds, of response. Mixed-up times are overflowing with both pain and joy---with vastly unjust patterns of pain and joy, with unnecessary killing of ongoingness but also with necessary resurgence. The task is to make kin in lines of inventive connection as a practice of learning to live and die well with each other in a thick present. Our task is to make trouble, to stir up potent response to devastating events, as well as to settle troubled waters and rebuild quiet places…”
Donna Harraway, 2016 Staying with the Trouble: Making Kin in the Chthulucene 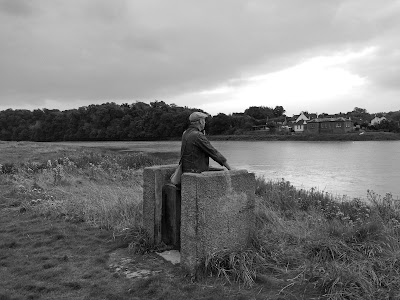