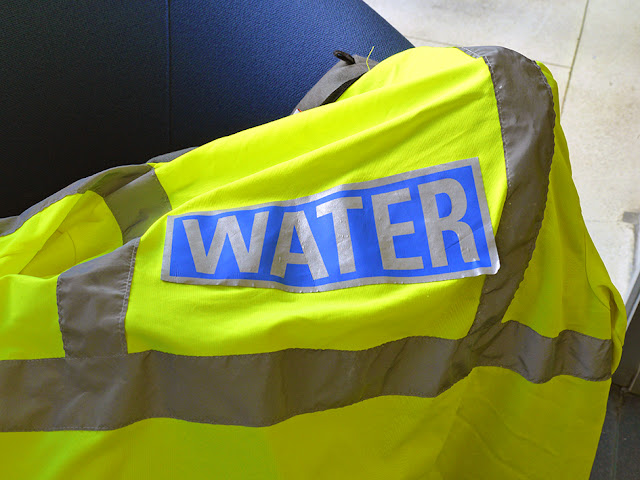 There was much talk of 'conversations' at a recent gathering of a group of - usually - geographically dispersed watery investigators - all of us immersed in the Towards Hydrocitizenship research project, a 3 year AHRC initiative. With NOVA, I'm involved as lead artist/creative adviser - alongside Iain Biggs - on the Bristol-specific case-study - 'WaterCityBristol'...
Biggs conjectured that 'conversations' is, for us, more apt a notion (or even method?) than 'narratives' or 'stories'. He quoted the curator Monika Szewcyk:
"If, as an art, conversation is the creation of worlds, we could say that to choose to have a conversation with someone is to admit them into the field where worlds are constructed. And this ultimately runs the risk of redefining not only the‘other’ but us as well.". He also pitched in some words of another curator, Paul O’Neill, who suggests that there are strong connections between art and particular types of conversation that are"allowed to remain open so as to await the unforeseen whilst allowing ideas to converse with time itself, without any fore-closed end set out in advance..."

Part of the meeting was a Pecha-Kucha session. As a thought experiment, in the spirit of open-endedness and poetic freedom (and reflecting also the unstructuredness, uncontrollability and unpredictability of water), I contributed a presentation; an assemblage of seemingly disparate topics, titled 'Aristotle, Eels, Loss & Passports'. Each of these topics had bubbled-up for me on the morning before our assembly. Water liberates, dissolves, whilst also binding and connecting in solution. Thus, in so many ways, water links and separates at the same time. The seas around islands such as Ireland and Great Britain have served as highways of connectivity and trade for thousands of years. Within this span of time, there have been shorter periods - such as surely the present time? - when the water expanses have perhaps been viewed more as barriers, or moats. I am reminded now of Shakespeare's lines (from John of Gaunt's death-bed speech in Richard II):

"... a silver sea
Which serves it in the office of a wall
Or as a moat defensive to a house,
Against the envy of less happier lands"

(These last words have some bearing on my assemblage experiment, as will maybe become clear below. Fittingly also, I am writing this in an airport - a site existing within a nexus of connectivity, yet one infused with controls, permissions, security, barriers...certainly a limbo-terrain.)

To kick off, I sought to dig under - or even 'before' - this notion of 'citizenship' (and its reframings; ecological-, 'hydro-', whatever...). I found myself reading a commentary on Aristotle's thinking on these matters. Seemingly, he posited a number of associated foundational concepts when contemplating his ideas of the 'citizen'. For starters, he introduced the concept of 'soul' - not as disembodied and 'spiritual', but the very essence, or quality. of being alive, and therefore common to all living entities:

“The soul is the first principle of animal life” Aristotle

Today, Aristotle's views, whilst seen as containing deep insights, also seem enormously compromised by the severely limited - and transparently patriarchal and hierarchical - nature of his Athenian citizen's 'club' - excluding most of the adult population e.g. women, slaves, farmers, artisans etc. But if we consider the situation of migrants, exiled Palestinians, foreign workers in Dubai, prisoners and countless other contemporary situations, we see here not simply '2nd class citizens'...but many hundreds of millions of humans denied even a semblance of citizenship?
(Palestinians are entitled to 'passport-travel document'...but this is not viewed - by most other countries - as conferring 'citizenship' on the holder; nor 'statehood' on the issuer. "The PA [Palestinian Authority] issues passports after Israeli approval, but passports are not equated with citizenship status")


In the immediate context of Towards Hydrocitizenship project, Aristotle's (and others') ruminations on 'soul' interests me, as there seems a clear need to revisit our relationships with the non-human (or 'more than human') in attempting to lay some groundwork for a more ecological and sustainable future on this planet. (Toward Hydrocitizenship explicitly pursues such an agenda). Within the local Bristol case-study situation (Water City Bristol) we are finding that a 'binding' - or at least linking - aspect is an idea of 'hidden water ecologies'. 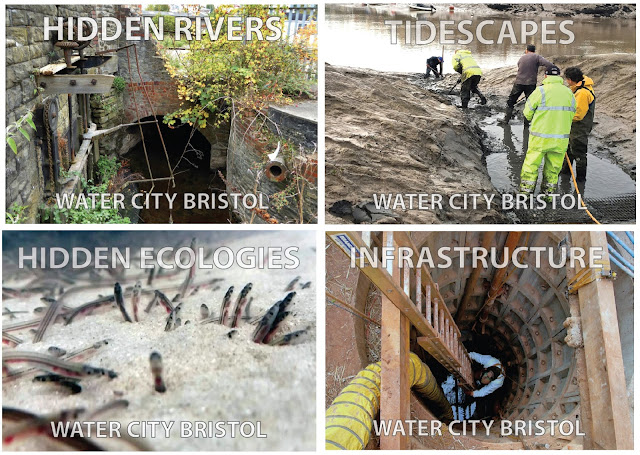 These can include the eels that are hidden both within the archives, and in memory; or that still exist in the - now often buried - muddy watercourses. It can also encompass the ecology of the bio-film slimes of the huge Avonmouth Sewage Works, in which billions of non-humans - bacteria, fungi, amoebae, protozoans (and many more) digest the organic wastes of the city's citizens - out of sight, out of mind. Like most western cities, the inhabitants of Bristol are largely ignorant of their entanglements and dependencies on both physical and biological infrastructures, systems and processes. 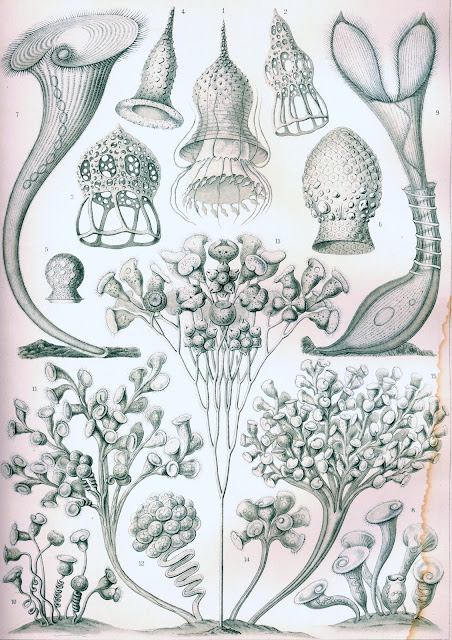 It may also include the hidden ecologies of the riverine intertidal and estuarial mud zones - sometimes viewed by the local city dwellers as undesirable, unsightly and polluted, yet teeming with biological life and abundant fertility. Perhaps Aristotle's idea of 'soul' can help encompass, and converse with, all this and much more?

“Not only are his concepts to be understood in a manner quite alien to modern thinkers, but they are enmeshed in a dialectical rather than analytical mode of thinking” Kathryn Dean, 2014

This quote also serves to highlight some differences of approach that lie within our sprawling interdisciplinary research project - especially the gap between a poetic, intuitive 'deep listening'; and the more rationalist database/map-based disciplinary practices. The use of the word 'art' (or 'artist') in this project is not particularly useful I feel. What seems more apt is a view of an holistic creativity, or a 'geopoetics', that transcends any polarities of arts and sciences, and forefronts integrated interwoven processes of enquiry and entanglement. In this way, our whole bundle of water-themed enquiries may be seen as provocations and activations, rather than driven by, or striving towards, specific results, 'outputs' or 'evidence'?

Conceptually, this ties in with one of the other pre-cursors concepts of Aristotle - namely 'Telos' (or intention) "That towards which the species member strives”

“Probability, rather than certainty, prevails in the multi-sensuousness and multi-materiality - of myriad species interacting within a specific environment” Kathryn Dean, 2014

Then there is 'Logos', or knowledge - not extractive operation but a “cooperation between a specific kind of knowing organism, and a knowable world…” Kathryn Dean, 2014.

There are strong resonances here with the (overambitious) 'co-creation' and PAR (Participatory Action Research) ideals of our research project. Additionally, in addressing the idea of the citizen, Aristotle contemplated what he regarded as the linked human-specific qualities such as the pursuit of wellness (Eudaimonía) and the virtuous life - for the common/community good. Perhaps food-for-thought here for some future and further musings on nature and well-being?

For now, I return to the eel. This has emerged for us as a 'signature species', or one lens through which to contemplate our connection to the rich ecological weavings of the aquatic realms.

<
In 2015, I recorded these musings on the Sargasso Sea:
Willem Dekker (Department of Aquatic Resources, SLU, Sweden)

There is a plan, as part of the Water City Bristol project, to involve some schools. Through a contemplation of the eel's amazing long-distance journey - to and from the Sargossa Sea - there is the possibility of bringing to light a host of hidden connections with the wider water environment; and sharing with a wide audience through using the voices and imaginative impressions of local children. One of our partners, the Sustainable Eel Group (SEG) is very active nationally and internationally in supporting measures to increase eel numbers, eel habitats and integrate sustainable eel fishing. Bristol Water Company, SEG and Avon Wildlife Trust have already been co-operating on the educational ‘Spawn To Be Wild’ project, which is a schools-based initiative raising awareness of eel issues.

There is strong linkage to the other headline WaterCityBristol themes - namely ‘Daylighting of streams’; ‘Hidden water infrastructure’ and ‘Bristol Loves Tides/‘Tidal Reaches’. All these themes are in a way simply 'lenses' through which we view the deep connectivities and roles of water in the biosphere. One way I have attempted to frame some common ground is in terms of a shared sense of 'loss'. Recently I wrote:
“As well as lost rivers…these ruminations can be seen to relate to the sense (our WaterCityBristol sense) that the city (Bristol) has ‘lost’ its tides; that people have ‘lost’ a formerly intimate connection with creatures of the waters; and also we have largely ‘lost’ understanding and intimacy with our potable water sources and the destiny (!) of our waste(waters)?”

The pendulum swings. After loss, comes recovery. This is a slow process of course, and maybe all that can be hoped for in this short exploratory project is to plot trajectories of some possible pathways.

My next turn in these recursive meanderings takes me back to the topic of 'passports'. A few months ago, on our Hydrocitizens online forum, I posted up some of the illustrations (copied below) - from the current UK passport. Every page is an image from a water landscape setting. 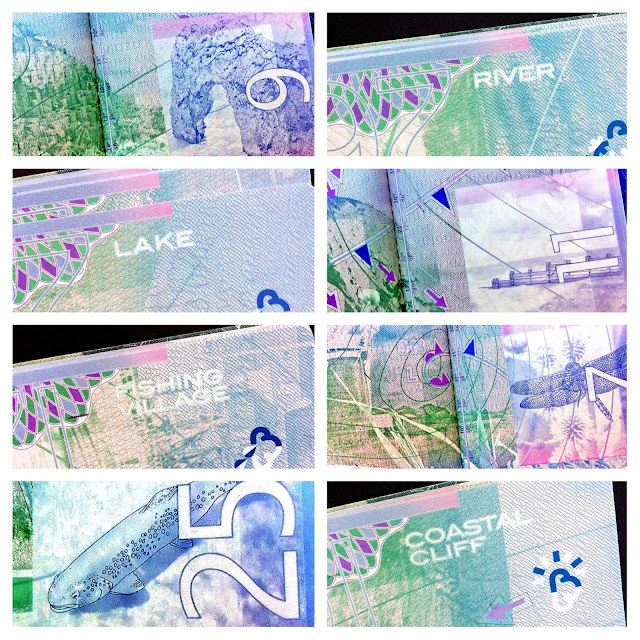 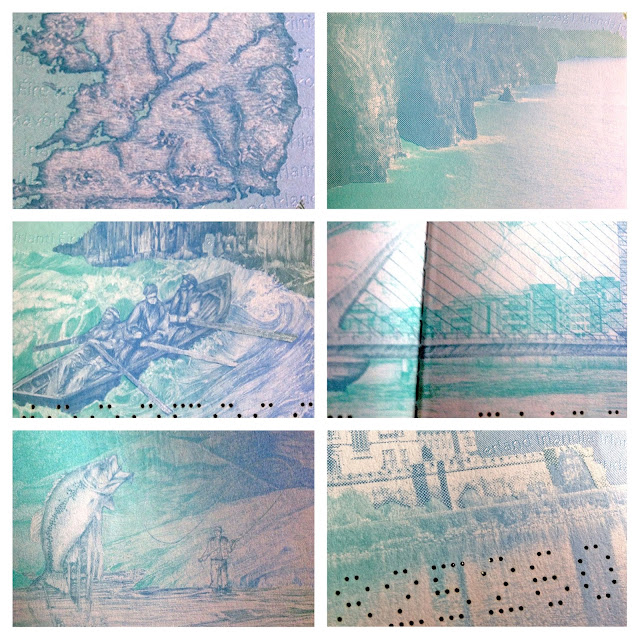 But this journey now folds back into the 'non-citizen' status of - say - the inhabitant of Gaza or The West Bank. I recently visited the Palestinian Museum in Bristol - with a particular interest in water and sewage issues. I am especially keen to explore how WaterCityBristol's enquiries and research  - relating to the infrastructure of water-flows in the city - might find a place for dialogue with very different and more socio-environmentally challenging situations elsewhere on the planet. In this way perhaps empathy and (hydro-)solidarity can be boosted? The approaching UN World Water Day 2016 (March 22) seems a very appropriate juncture at which to kick off some new conversations, and start making new ripples in this pool?