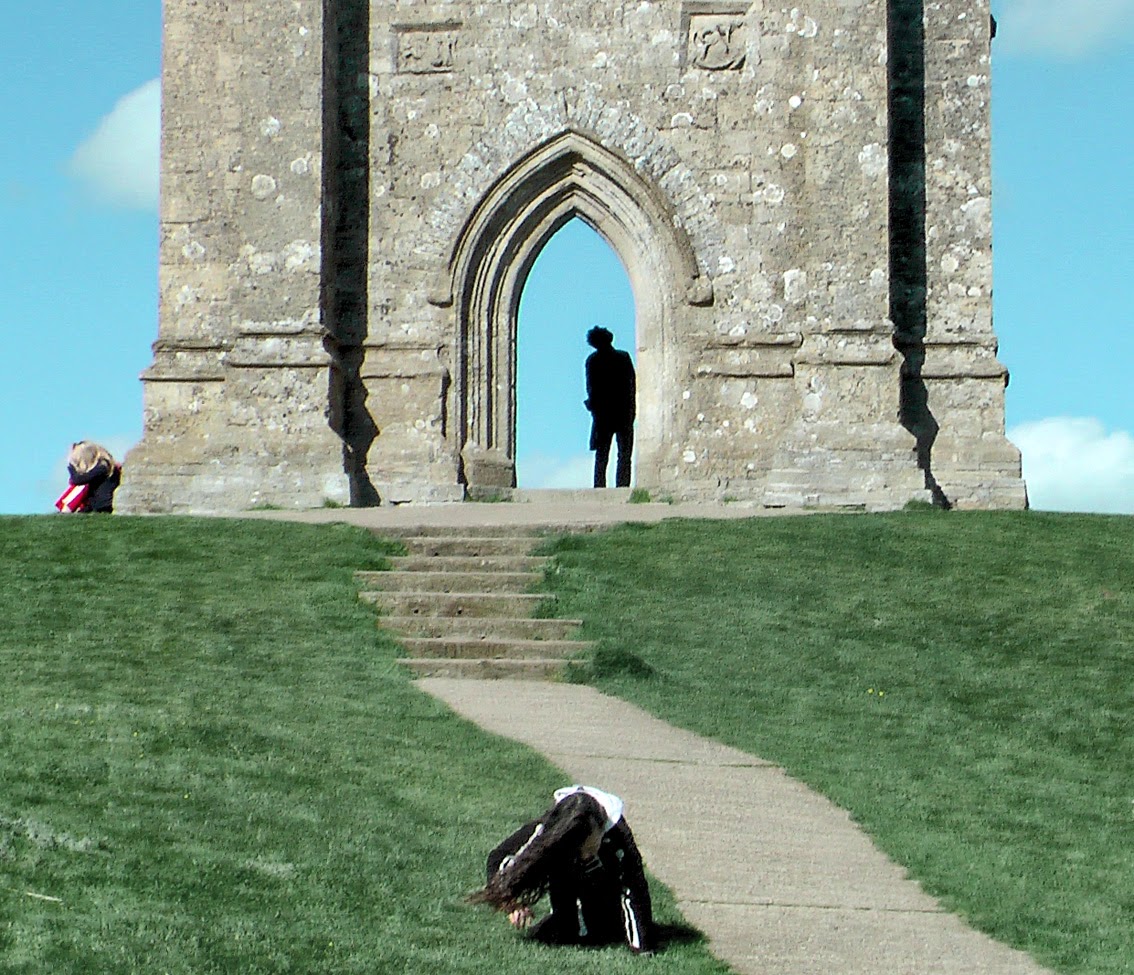 With Glastonbury Festival now kicking off, it seems appropriate to give an brief update on the creative research project - Submerged (Drowned Lands). Recently, I presented some early findings at a workshop on an island in the Wadden Sea (Netherlands). These relate to a collaborative exploration of the dynamic and contested landscape of the Somerset Levels, its waters and 'lost islands'. Glastonbury Tor (pictured above) is an ever-present landmark throughout this area... 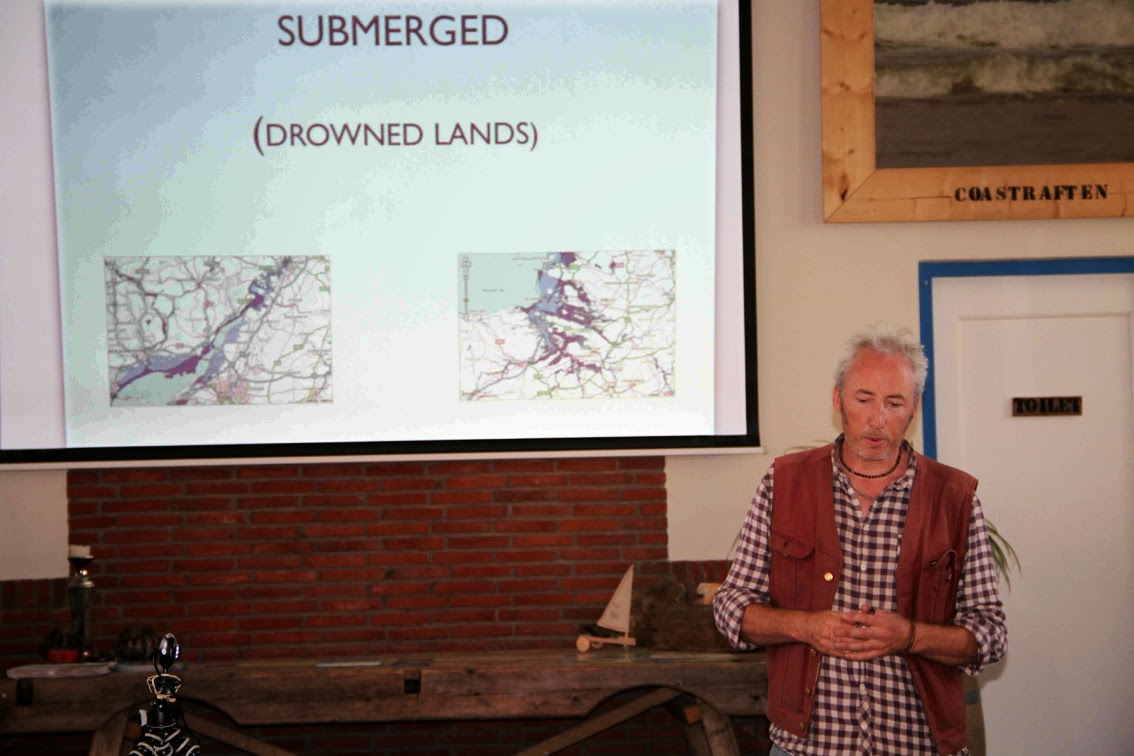 This creative investigation is part of the on-going Submerged (Drowned Lands) project initiated in early 2013, and funded through Arts Council England. (For me, the Somerset Levels involvements mark a return to a setting in which I worked for the National Rivers Authority/Environment Agency throughout the 1990s). This strand - provisionally titled A Long View - is being conducted with Professor Steve Poole who, as a historian, is especially drawn to the maps and archives of the past drainings/floodings of this landscape of flux. Embracing an eco-geo-poetic role of 'imaginaire', I am casting beyond the past and present, and into possible futures and fluxes.

The possibilities here for Submerged (Drowned Lands) involve a gathering-in and intuitive weaving of diverse voices, as a platform for imagined adaptive futures. In the heightened post-flooding/flood-recovery context, the pairing of an historical researcher and an environmental artist-researcher can - to some extent - harmonise the official channels, institutional views, local voices, political/campaigning voices etc. 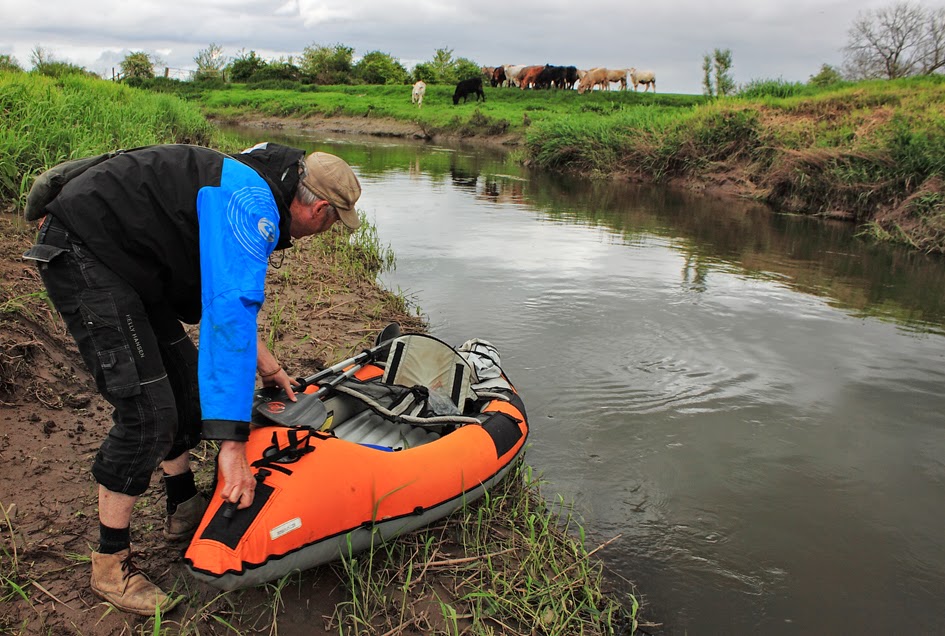 Getting up close and personal: Based around a series of boat journeys, our field methods involve serendipitous meetings and direct sensuous contact with the materials and dynamics of the landscape. In part, the impression is of strong echoes of historical and pre-historical being-in-this-place. This in-betweeness, in a liminal and collaborative space, extracts us temporarily from maps and land-use strategies, and from the everyday; into a realm of timelessness, narratives and poetics. A kind of 'deep mapping'. The emerging outputs are slowly forming into an assemblage, juxtaposing some exquisite historical maps and cross-sections, photography, voices, sound, film and locally resonant symbolic materials.

Our locally-presented, immersive installation will involve an assemblage of suspended micro-speakers presenting a remix of hundreds of voices (local people as well as professional, media reportage, historical, ecological etc) and soundscapes. This presentation of past, present and future imaginings may have some resonances with ‘way-back sounds’ and the London Sound Survey. The sonic assemblage will ebb and flow, using tidal data from the River Parrett. Visitors will also be able to annotate their own words, thus adding to a living, morphing document. 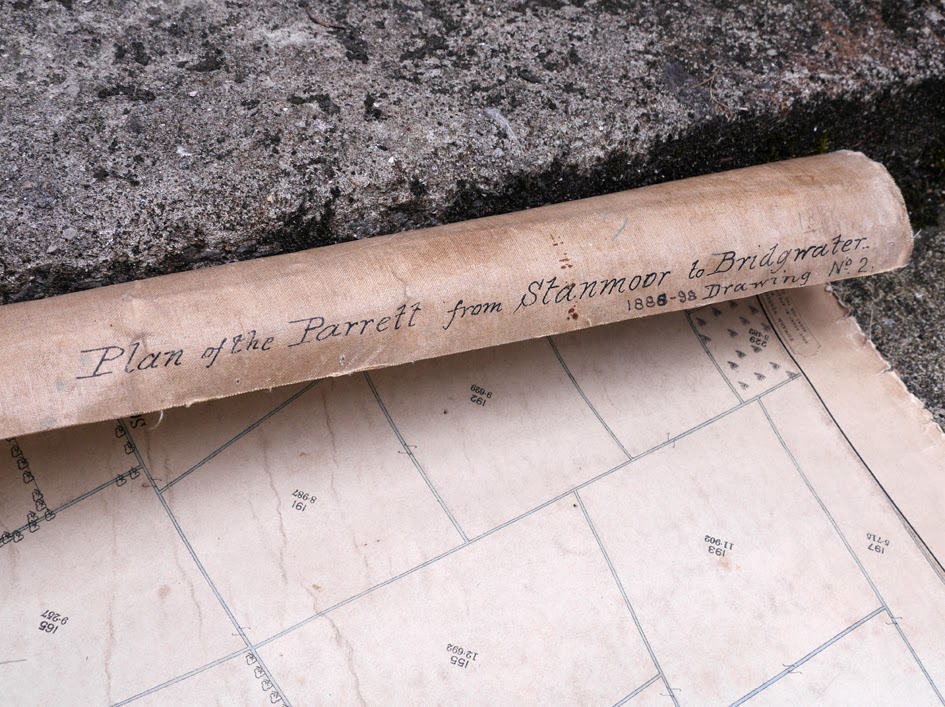 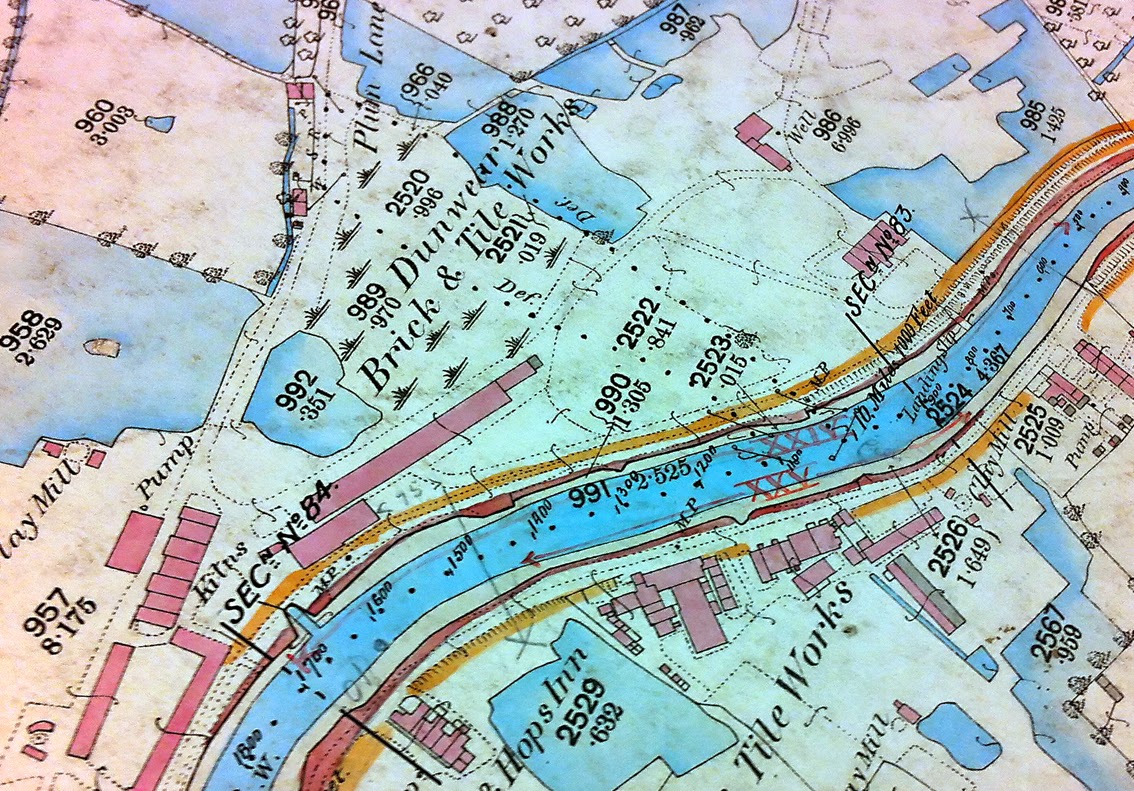 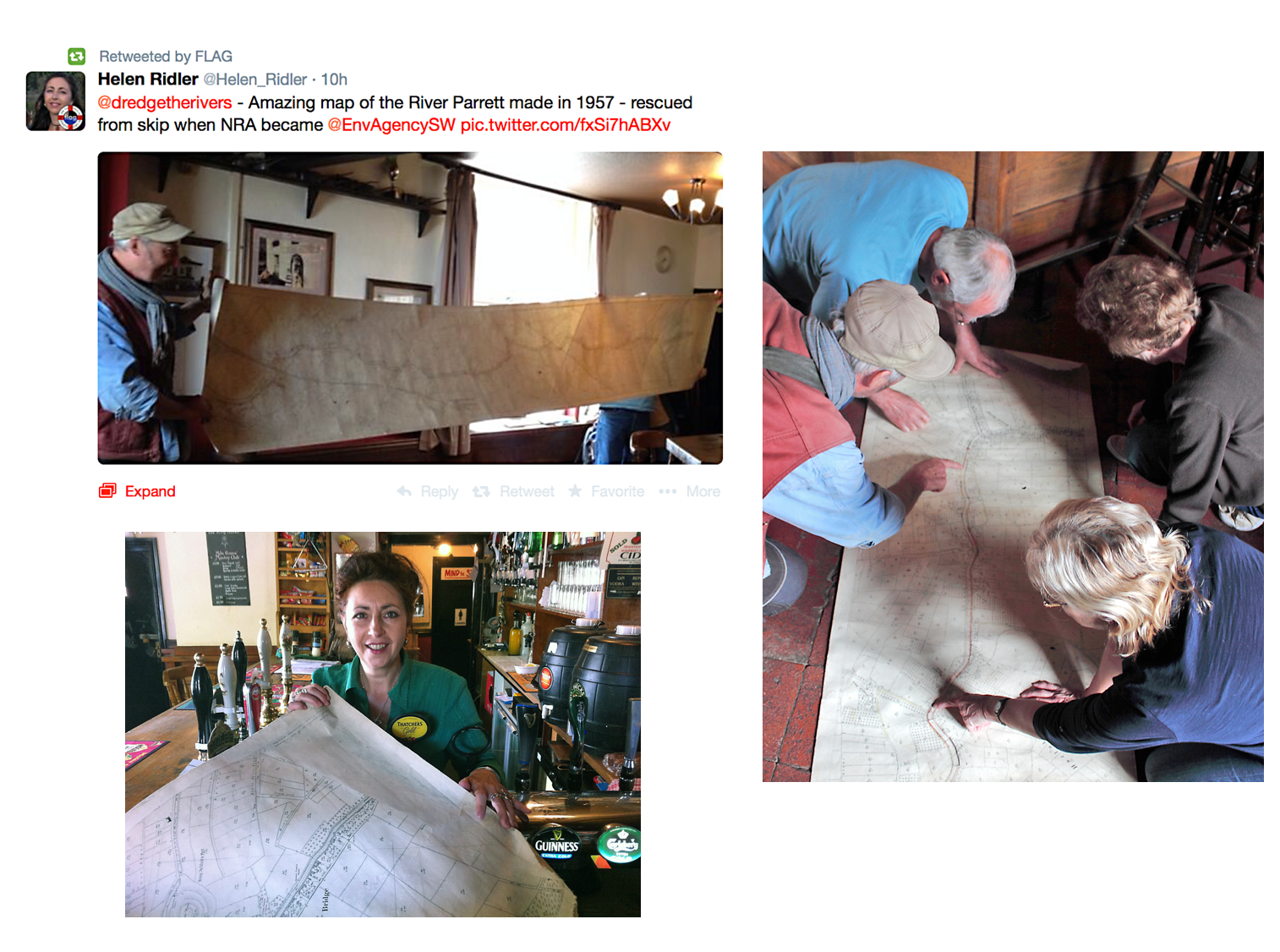 As well as some spontaneous encounters in the local hub/pub which is the King Alfred in Burrowbridge (pictured above), our explorations have repeatedly led us to the Avalon Marshes, where an impressive partnership between Natural England, Somerset Wildlife Trust, Somerset County Council, the RSPB and others have created an extensive patchwork of managed wetland and fenland wildlife reserves on worked-out peatlands. Spending time here with archaeologist Richard Brunning and the ‘Hands on Heritage’ project group has revealed diverse local voices and opened up fascinating insights into the rich palimpsest of this place. Professor Poole and I are hoping to soon get out on the water in their newly reconstructed dugout canoe, to help us tune in to a deep-time perspective. 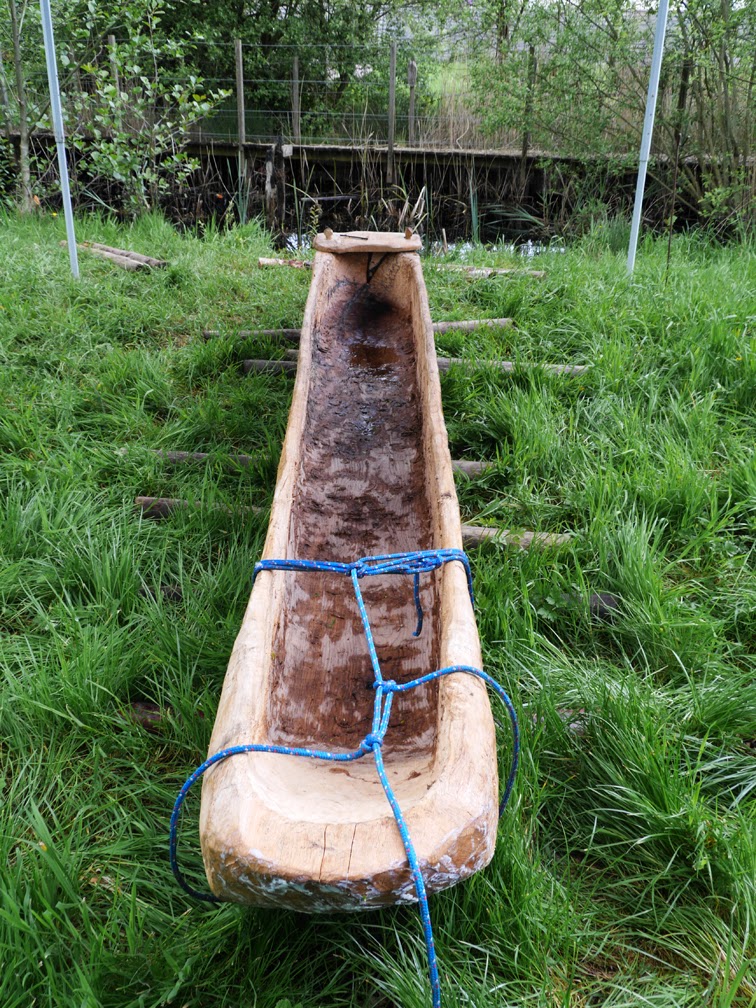 Professor Poole brings a 'long-view', historical perspective and contextualisation to the issues. Archives - including court archives - can be very revealing and relevant. 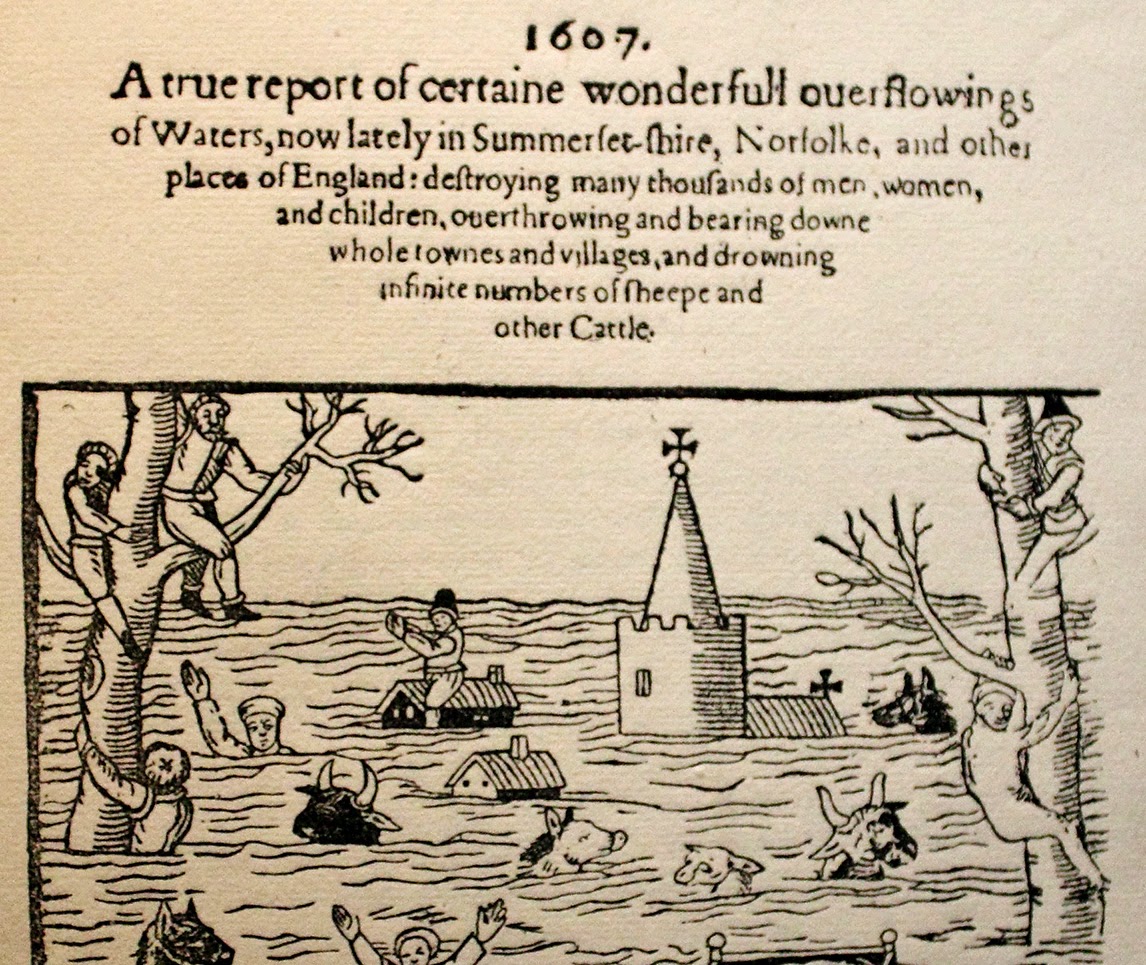 this from The Western Gazette, November 1875:
"Those who have not been within six miles of Bridgwater within the last fortnight have missed one of the most remarkable sights ever witnessed in this country. Floods are no new thing in Somerset… but never since the moors were artificially drained, never since railways were introduced, have the floods attained such a height, covered so enormous an area and caused so much loss and misery, as during the last few days…"

and this from The Western Daily Press:
10 February 1881:
"Owing to the recent heavy rains and the consequent overflow of the tone, together with continued ingress of tidal waters through gaps in the river parrett that have not yet been repaired… it is now not less than from eight to ten feet in depth in many places and resembling a perfect sea…"
and 14 Nov 1875:
"At Moorland, West Yeo, Ford gate, Newton and Northmoor Green, hardly any of the houses are now inhabitable. Being deeply surrounded with water, their former occupiers have been obliged to quit them altogether… six or seven houses at least have been entirely washed away… boats can now be rowed from North Newton to Glastonbury, a distance of almost 21 miles..."

We are both motivated by 're-vision-ist' history, as an opportunity to change the way we envision the past in a place. 'Anticipatory history' can add a useful trajectory to ideas about adaptation to change - e.g., as outlined in this recent publication by DeSilvey and others: 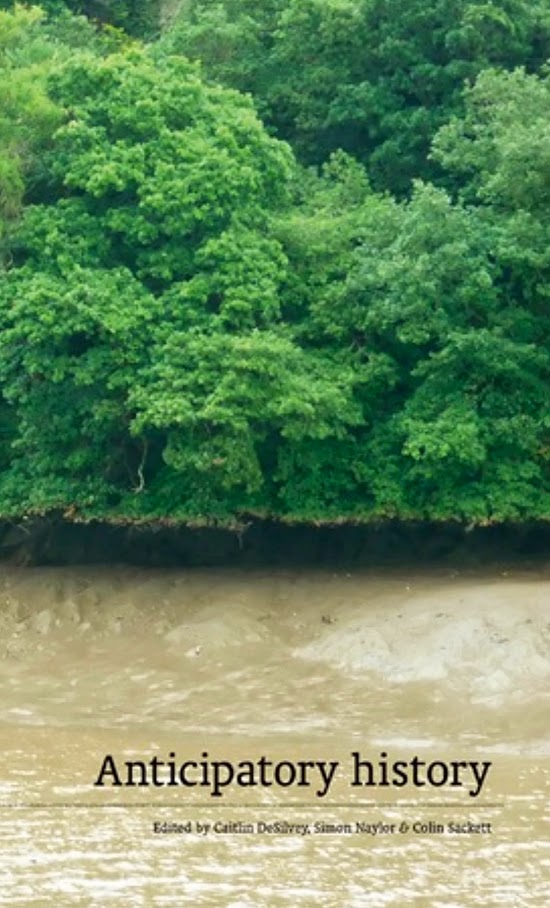 An over-arching theme in the project is the - largely severed - relationship between the Severn Estuary and its former floodplain - the Somerset Levels. The coastal zones at Burnham-on-Sea and Steart therefore form a linkage - for me - with my concurrent Sabrina Dreaming (Severn Estuary Tidelands) creative residency project. 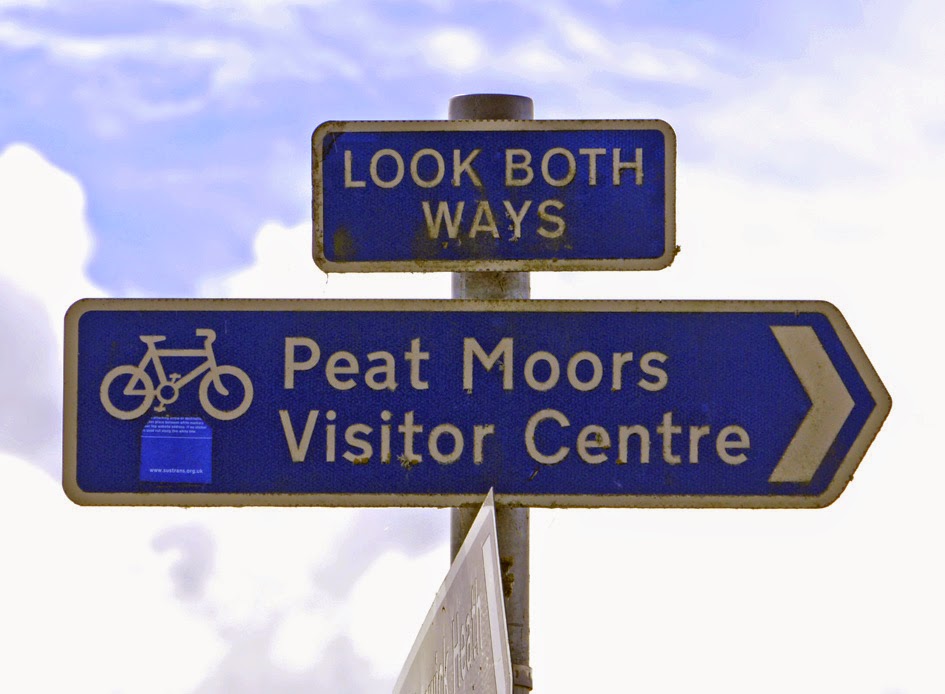 Working again in a peat landscape, for me has strong echoes of my 2010/11 project Weatherproof - conducted in rural County Donegal, Ireland, as part of the Leonardo-supported Lovely Weather project. There is a common theme of exploring deep historical and palaeo-ecological layers as a means of addressing climate-change issues - for people and ecosystem processes.