A Myriorama of Oblique Strategies

The photo here was taken on a trip to a seminar/ 'melting pot' at the Environment and Sustainability Institute in Cornwall, where I recently presented some glimpses (or a myriorama) of a drifting creative journey through the realms of science and eco-art, towards some substantial research-based collaborations.
I'm now in preparation mode for an a-n bursary-funded critical exchange with the environmental artists Tim Collins and Reiko Goto, at their studio in Glasgow and their main field-site at the Black Wood of Rannoch. The outline plan for this dialogue is to address our respective ecologically-centered practices, but also perhaps to delve into the current state of eco/environmental art, with a view to the past and the future. Our shared terrain is possibly not so much science and art-collaborations, but the co-mingled, braided knowledges exhibited by a body of contemporary creative practitioners - engendering eco-cultural shifts and new directions through a fusion of scientific and poetic strategies and sensibilities.

Hybrid practices; an elusive dance - weaving between a disruptive tendency, and that of forming a bridge, a buffer, a creative zone of mediation and respect. Disruption can be respectful too?

The durational, temporal context of such work seems important, including deep-time geo-perspectives. From this platform, and using framings such as deep mapping and geopoetics, there emerge pointers and speculations on eco-social futures. Collins/Goto and I share a common connection to water, and water ecosystem issues. This element pervades most of my work, including the recently initiated projects - Sabrina Dreaming and Towards Hydrocitizenship (an academic research-based project, working alongside Iain Biggs and the NOVA ensemble), as well as my on-going Submerged (Drowned Lands) series of creative investigations.

Temporality also expresses itself through enduring, long-term connections with a place or places. These can be seen as a counterpoint to the 'dip-in/out' pattern of so much activity today. Deep, durational, process-based, (re-)connection is an underlying ethos of Common Ground, of Thoreau...and of Collins and Goto's project at Rannoch.

Supplementing my critical dialogues with Collins & Goto, are my ongoing exploratory conversations with Dr. Iain Biggs, former director of PlaCE Research in Bristol. Over the past year we have undertaken a series of walks at the Severn Estuary coast; the findings of which are slowly being assembled into a 'geopoetic' film-installation work. Iain's deep reflections on the terrains of art+academia are always thought provoking - e.g. this blog-posting on the topic of water, flooding and more.

For me, there is a desire to see a site, or situation, in the round (maybe suggestive of a link with the noosphere?). As for strategies or methodologies, I often draw on my experience of field-geology to invoke a geo-imaginary or geo-perspective; getting up close yet piecing together a coherent overview, or even meta-narrative. Robert Frodeman writes about this in his book Geo-logic and here.

“The land unfolds for the geologist as he passes over it, revealing an infinite number of perspectives that are integrated and contrasted in his mind....these results are built upon the intuitive use of judgement in which the geologist selects and constructs a system of signs, and blends multiple perspectives from a nearly infinite amount of potential data." Robert Frodeman

I was recently sent a quote by W.G. Sebald (thanks Owain..):
“...But then as you walk along, you find things. I think that’s the advantage of walking. It’s just one of the reasons why I do that a lot. You find things by the wayside or you buy a brochure written by a local historian, which is in a tiny little museum somewhere, which you would never find in London. And in that you find odd details which lead you somewhere else, and so it’s a form of unsystematic searching, which of course for an academic is far from orthodoxy, because we’re meant to do things systematically.” The Emergence of Memory, Conversations with W.G. Sebald, 1997-2001
(In a way this is an anti-methodology, or a Fluxus methodology...)

Then there is this (from Moominland...)
"It was a funny little path, winding here and there, dashing off in different directions, and sometimes even tying a knot in itself from sheer joy. (You don’t get tired of a path like that, and I’m not sure that it doesn’t get you home quicker in the end).”

There is some overlap here with Brian Eno/Peter Schmidt's 'oblique strategies'. I've just acquired a set of these cards, which are intended to be used as a tool to shift creative blockages. I'm planning to introduce them to the CCRI unit, where I am artist-in-residence. In the late 1980's I spent time working at the Friends of the Earth offices in Underwood St. in London. There was a note pinned up, which stated: "Subvert The Dominant Paradigm"; this could be - maybe even is? - one of the oblique-strategy instructions. 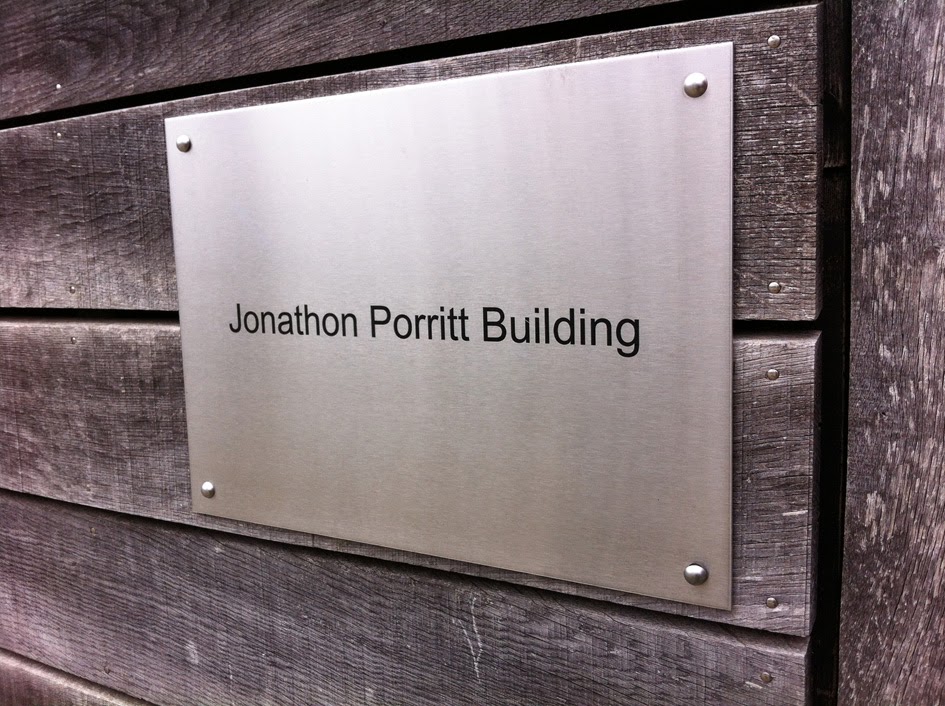 Co-incidently, at that time the director of FoE was Jonathan Porritt...and I now find myself working in the 'Jonathan Porritt Building at the University of Gloucestershire. As Porritt has now joined the 'technical team' for yet another revived Severn Barrage proposal, one may question his commitment to ecological health and well-being. If there is to be tidal harnessing, my sense is that lagoons are to be preferred, in this setting.

I may soon get involved in a landscape rewilding initiative. For me, an issue within this growing 'movement' is the topic of nature-culture dynamics. In many places, the local cultural fabric is ebbing away; and there are, in many places, ecological systems that are heavily suppressed. In the case of the latter, this is a state of retardation (or arrested development), and a resurgence of wildlife habitat is eventually possible, maybe inevitable? But how could human culture morph into a healthy new relationship with a re-wilded ecosystem? This brings into the picture a host of interwoven themes: rewilding/de-civilisation (Monbiot, Kingsnorth, Jensen etc), megafauna, keystone species, trophic cascades, restorative agriculture/permaculture, adaptation, landscape futures etc. Dialogues between change, stasis, resistance, biophilia and the non-human.

"..infusing into our lives something richer and raw-er than we have at the moment...delightful and full of wonder...but it won't work for anyone if it doesn't work for the people on the land...the people of the place...the process is the outcome...farmers are going to need alternative options. This is a positive agenda - economically as well as ecologically, and which are culturally and psychologically viable, something that contains hope and wonder and enchantment." George Monbiot on 'Rewilding', 9/5/2014, Aberystwith

Within the mix, there is cultural palliative curation (1.) and stewardship, accompanied by cultural adaptation and the boosting of ecological diversity and function.
In print and online, there are currently some very active debates. Some perspectives on such morphings/morphosis include:
- the need to stop 'the machine' (reject the anodyne, avert exploitation and ecocide)
- 'the machine' isn't going to stop (dominion, environmental limits, anthropocene views, peak oil/water/soil etc )
- the need for anticipatory adaptation to climatic and biosphere changes (involving synergistic 'eco-cultural re-wilding'?)
- the machine will morph, adapt too, but will still be the machine; there will continue to be efforts to mitigate the damage; all worthwhile, but adaptive strategies are urgently needed.

" The general outlines of the 21st century ecological crisis have been apparent since the 1970s. Yet not much has actually been accomplished through efforts to avert that crisis. It is possible to point to hundreds, thousands, perhaps even millions of imaginative, courageous programs to reduce, recycle, and reuse—yet the overall trajectory of industrial civilization remains relatively unchanged." Heinberg

- some criticise this as 'defeatist' or 'pessimistic' but it is also practical, pragmatic, human-nature. We are missing the boat if we don't prepare...
- there is of course overlap between adaptation and mitigation...
- there is a potential confluence between a cultural morphosis and an eco-resurgence; a commonality; an intertwining and flourishing of human and non-human health and well-being. This is connected to a transition from nation-states to bio-regionalism.
- part of a cultural morphing is a reconnection to legacies of pre-industrial knowledges (of land, water, ecology, flux, seasons, lunar cycles, animism...) "Nature is the most complex word in the English language"


Footnotes
1. DeSilvey, C. (In Press). Palliative curation: art and entropy on Orford Ness in Olsen B, Petursdottir T (eds.) Ruin Memories: Materialities, Aesthetics and the Archaeology of the Recent Past, Routledge.
Posted by Antony Lyons at 10:44