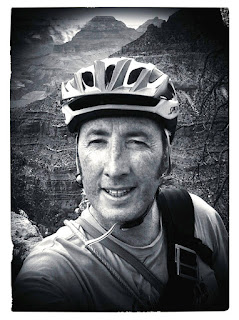 Intimacy vs. greed/speed/disconnection
(here, one could possibly add 'ecology' on the side of intimacy - to help balance an unequal struggle)

The fusion of projects continues. The theme of relationships to the land - and what the land holds - emerges for me in widely different geographical spaces. So too ideas around 'eco-symbolic landscapes' (as first encountered in the hills of Donegal), 'exploring the shadows'; and many more inter-woven threads (intimacy, speed, greed, disconnection, harmony, resonance, flow, presence…)

At the trans-disciplinary 'Catchment' workshop last year I was lucky enough to meet Mona Smith (a Sisseton-Wahpeton Dakota), who - through offering a strong statement on 'relationship', helped crystallise - for me - a great deal of discussion around water, environment and society. In conversation, Mona also introduced me to the Dakota term 'bdote', meaning 'where two waters meet', 'confluence' or even 'where a stream meets a lake'. (A project called The Bdote Memory Map' is the hub of a constellation of resources providing stories about some of the traditional Dakota sites in the Minneapolis-St. Paul area).

Water is very much to the fore in my involvement now with a different Confluence Project, in Devon. A recent kayak journey on the River Torridge served as a cogent reminder of the essence of 'slow residency' encounters. But more on this trip in a future journal entry...
The subject of 'catchment' or watershed, and creative practice, was explored in great depth at the PLaCE workshop, which brought together academics, artists, water-managers, geographers and more, and aimed to advance trans-disciplinary working in relation to water environments and their connections to broader social issues. In addition to international speakers (including Prof Christine Baeumler , Prof. Gini Lee, Mary Modeen, Dr Owain Jones) and other PLaCE members. Participants included Chad Staddon from School of the Built and Natural Environment and Steven Sodek from Bristol City Council. I presented a 'time-line' covering my background of two decades of involvement in water environment (science, design and policy), as well as illustrating how water settings have remained central within my creative land-based projects.

More concrete than our relationship to the abstraction 'landscape' is our relationship to materials and features within a landscape. The idea of 'eco-symbolic landscapes' is one of identifying such components in a landscape that are significant in themselves, but also have a role to play as signifiers of something more - of attitudes, imbalances…and indicators of our tendency to disconnect. Part of this is an acceptance that information is not the same as knowledge. At the Grand Canyon, a vast quantity of information is presented at the visitor facilities…but knowledge? There are huge contradictions at play at the Canyon, with its enormous infrastructure built up to cater for the nearly 5 million visitors a year, the hotels, roads, the vehicles, the fuel - in order to briefly have a walk-on part in this myth of a 'pristine' sublime landscape. Getting under the skin of this, an aspect of the disconnection/contradiction includes the 'leave no trace' philosophy - which is worthy and useful in itself, but narrowly selective in its demarcations. It refers to 'leaving no trace' on the trails; but the trace/footprint of the visitor machine is huge (including the sonic footprint). The footprint of contemporary human society on the Colorado river is huge, the river being completely controlled by the dam upstream, and depleted to a trickle downstream through water abstraction. The 'leave no trace' exortation excludes the reality that the enormous centres of population of Phoenix, Las Vegas, Denver etc. leave a huge trace, have a huge impact on this land (and on other lands of course, including the delta-lands). And alongside all of this there is the uranium extraction activity in this landscape - perhaps yet another strand to be explored as an eco-symbolic material?

Water, Uranium…and salt
And so, turning to yet another material - salt. In the context of the Colorado/Canyon landscape, I suggest that salt can represent part of the intimate, 'dreaming' relationship to the land. The basis for this proposition is the traditional Hopi salt pilgrimage - along the Little Colorado River, and into the Canyon - to the confluence with the Colorado River.
Each of these three materials is, in a way, extracted, but the first two are now enveloped in greed, speed and disconnection. I am getting involved in salty matters in other ways too.

I will write very soon about some other Colorado River 'materials' - the fish, the corn (and the metate y mano), the desert (and perhaps some of the the contrasts with the West of Ireland, with its sea, peat, milk). And I will write too about the snow and water politics of the San Francisco Hills, to the south of the Grand Canyon.

To wrap up, a quote from Lucy Lippard, from a lecture in Cornwall last year:
"Artists confronted with a specific landscape are conventionally invited to impose their own visions upon it – an overlay of personal or conceptual preference. But what if the existing place demands to be considered for itself, not as a blank slate, but as an already evolved image with a history, that can be altered, even transformed, but never entirely erased? In this case, collaboration with those who are of the place, especially scientists who know it close-up, in excruciating detail, would make the whole enterprise far more complex and more layered. Collaboration is the social extension of collage. Some eco-artists, for all their concentration on the details of bioregions or eco systems, are sometimes less place-based so much as project-based.  Others find a place where they can do their thing, and sometimes their thing emerges from the place itself. I like to think in terms of ripple effects. The strongest activism around place really starts from a center, a very specific place, in what William Least Heat Moon calls a “deep map.” And then with really consciously lived experience, it moves out from there in ripples. A great way of learning where you are is to think in terms of those ripples and how they affect your center and where other rings intercede to affect you and the environment, and so forth."